One for the Women

By: Ken O'Keefe
This is one of those very unplanned articles born out of inspiration in Egypt.
I arrived in Egypt after being blocked by the Egyptian security services four separate times over the course of nearly three months.  During this period, with an easy opportunity for attention and exposure, I kept my mouth almost completely shut.  In the meantime I have quietly done what I could to depart Gaza and return to my family and to join my wife for the birth of our second child.  Instead I was repeatedly blocked, missed the birth of our child and have been unable to give emotional, physical and even financial support to my family.  All the while it has never been lost on me that this is only a small fraction of the injustice thrust upon Palestinians every single day.
The blessing in this is that the Samouni Project and other very promising work has transpired, due directly to me ending up in Gaza longer than planned.  I am always keen to turn negatives into positives, and that is exactly what I have done.
In this extra time in Gaza, being separated from my wife and family I have become that much more aware of how ultimately blessed I am as a man.  What my wife endures, all too often without any tangible support from me, is a man who is gone much of the time, who works every single day when he is absent or around, a man who earns almost no money and who by the nature of his work brings danger not just to himself, but possibly to her and our family.  When you add all this up, I have a gem of a woman, the best kind of woman (in my mind anyway), a Palestinian woman, a shining example of womanhood.
It is said that behind every great man you will find a great woman.  I do not look at myself as a great man per se, but I do see the greatness of the women in my life, and if I do indeed succeed in my ultimate goals, you can thank these women every bit as much as me.  They have played the essential role in my character development, they are Goddesses, the fabric of a healthy society and responsible for the most important job that exists, that of being a mother. 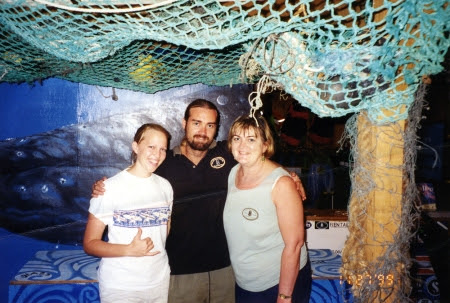 My mother, my first great blessing in life.
My mother, my grandmother, and my wife are such women; all of them have shown me a love that is boundless and unconditional.  Because of them, more than any other factors in my life, I hold great love for my fellow human beings and all life in general.  When you combine true love with the understanding of a women’s intimate relationship and experience with injustice, you will be empowered.  The strength that myself and countless others exhibit in the face of the sadistic tyrants and their minions in this world, is derived in great part by the beauty and essence of the women in our lives.  I feel sorry for the lowly men trapped in the simplistic attraction of the sexual essence of a woman, there is so much more, so, so much more, and to know women as I do is to know the whole beauty of them.
I had no plans to write about women when I arrived in Cairo, but something happened and a link in my mind was made between the Egyptian Revolution and the cause of women in general.  And I am always keen to link causes, always.  I have met many people since arriving in Cairo and what has been communicated to me is that the revolution continues as a non-stop endeavor.  I have been told the demands of the revolution are beginning to center around financial justice, workers rights and an egalitarian tax system that would result in a redistribution of wealth.  The achievement of these demands would inevitably lift countless millions of Egyptians out of the deep poverty that Western cultural imperialism and Egyptian corruption have relegated them to.
As fate would have it I watched a movie in Cairo that developed a link worthy of sharing.  I seriously recommend this movie to everyone, but especially to women.  And though it may seem the message of the movie centers around equal pay for women, I have to disagree.  I believe the central theme is justice, and as Martin Luther King Jr. famously said, “Injustice anywhere is a threat to justice everywhere.”
The movie is called ‘Made in Dagenham’, watch it, breathe it in and realize that the struggle for equal pay in Britain, the struggle for redistribution of wealth in Egypt, and every struggle you can think of has just one thing obstructing justice, and that would be unity.  In the movie men and women of the workers unions united, despite the best efforts of the sell-outs, and in the end men and women united and gained.  That is the secret waiting to be figured out by us, we all have the same cause, when we unite, we can achieve anything.
I supported the Egyptian Revolution from the moment I heard of it, which was before it officially began, and that explains the reason I have been blocked by the security services up till now.  But I want Egypt to know, and the workers of England to know, as well as the Palestinians, the American’s, the students, the oppressed everywhere, to know, that you all have the same struggle, against the same centralized enemy.  Think critically, open your heart, shed the fear, and you will know this to be true.
If you see the world the way I do, and I know I am not alone in this, you will see the methods of divide and rule are everywhere.  The powers that be know all too well that we, the masses, the working class, the immigrants, the women, the blacks, the Hawaiians (kanaka maoli), the Palestinians and the occupied, oppressed and violated from all around the world are all fighting the same system.  God help the tyrants should we ever figure this out, because the moment we do, we will begin to experience the sweet taste of justice and the liberation of a dignified life.
And so I go back to the women, the massive numbers of women who have been raped and beaten and exploited and violated, and yet they do what women do, they are moms.  They look after us, love us, nurture us and support us, they shelter us from a cruel world.  God help the child whose mother does not fulfill this role, I reckon you can explain to one degree or another the level of insanity in our collectively insane world, by the success or failure of the mothers in every child’s life. 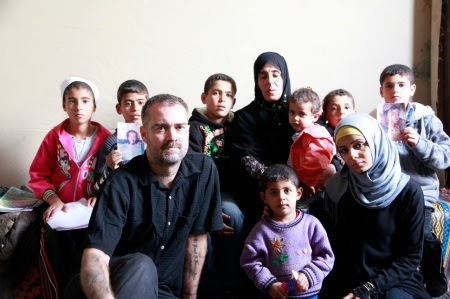 Email ThisBlogThis!Share to TwitterShare to FacebookShare to Pinterest
Categories: To Haters